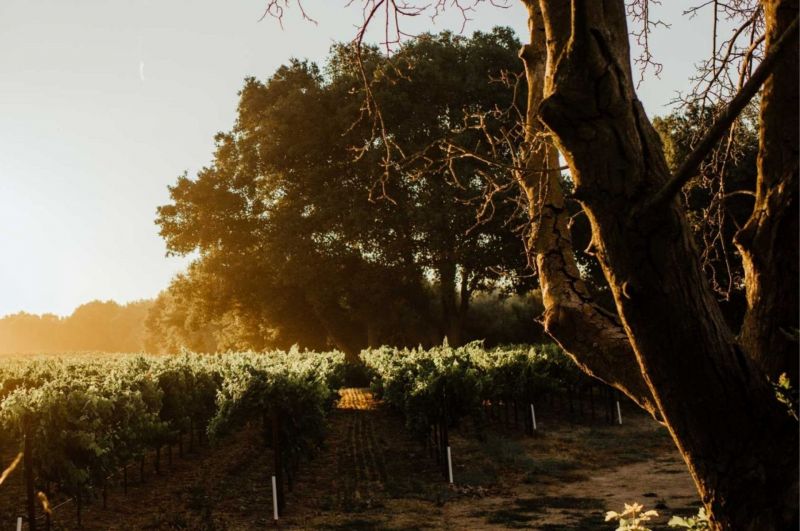 Tribally Owned & Sustainably Farmed, Twisted Cedar wines are a tribute to a proud people with a legacy of sustainability, the Cedar Band of Paiute Indians.

There aren’t many Native-American owned wine brands producing wine on a commercial scale, but Utah-based CBC BevCo is one that bucks the trend. The winery recently scooped the award for Best Zinfandel at the London Wine Competition, so we caught up with Phillip Anderson, vice president of sales, who has big ambitions for the Twisted Cedar brand to become the first Native American owned winery to gain national – and international – recognition.

What does winning at the London Wine competition mean for you?

It was incredibly positive for us. Our original reason for entering the competition was to win some sort of medal prior to the London Wine Show. The hope was to use that to get some recognition at the event & possibly find an importer for the UK. 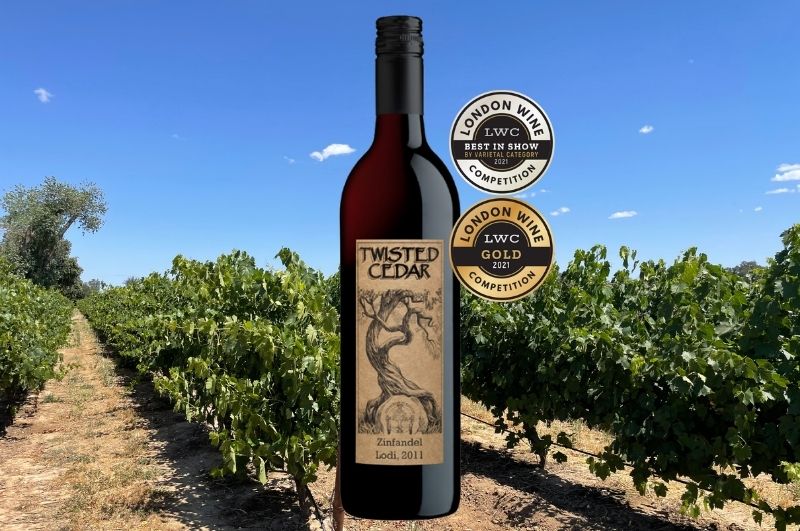 The first part of the plan exceeded our expectations, but of course, the second part fell by the wayside. The London Wine Show went virtual, so we didn’t get the opportunity to present the wines to buyers & sample them on the wine. Hopefully, we will get the opportunity in 2022. The response in the U.S. has been very good. I’m not certain that the customers were particularly familiar with the London Wine Competition, but they love that the Zinfandel won best in show there and the general public has been more impressed with this international recognition than with our gold medal wins in US competitions. It has been a great validation for us that what we are doing can succeed in the international marketplace.

Tell us about your award-winning wines. What do you think makes them stand out from the crowd?

Our wines are intended to be food-friendly - sometimes wines from Lodi can be fruit bombs & be unsubtle. Our goal is to produce wines with enough acid to work well with food. The wines are Lodi Rules certified (sometimes known as California rules in Europe), the gold standard for sustainability programmes for grape growing & wine. Another point of difference is that the wine brand is owned by the Cedar Band of Paiutes. 100% of the profit goes back to the Band to help make life better for Tribal members on the reservation & beyond.

What is the size of your annual production and how does that compare over the past couple of years?

We produce roughly 14,000 cases per year & that has been consistent. Sales are trending up, so we hope to increase production.

Where do you source your grapes?

We don’t own our own vineyards as the time and money necessary to establish our own weren’t an option for us. We work with a 5th generation family of growers who farm 8,000 acres of grapes in Lodi & Clarksburg California. This allows us to use old vines and to grow our production as necessary without committing too much too soon.

What are the key varietals you produce?

Chardonnay, Moscato, Pinot Grigio, Malbec, and our award-winning wine, the Zinfandel are our key varieties. The Zinfandel threads the needle between the overripe fruit bomb examples you often see & the overly soft versions that some producers are making that don’t really taste like Zinfandel. We strive to get Zinfandel that is perfectly ripe but this can be difficult. Zinfandel bunches don’t always ripen evenly and sometimes you will see green grapes & black, almost shrivelled raisins on the same bunch. I think we have been successful in avoiding the extremes. 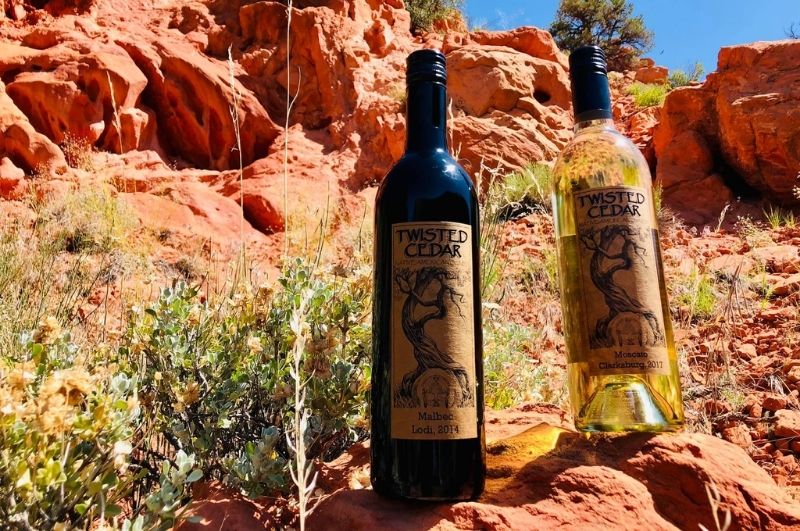 How is the 2021 harvest looking in terms of yield/quality and compared to previous years?

It looks good so far with yields down just a little. There are obviously some smoke issues in parts of California, but Lodi has been lucky. It has been extremely dry, but the old vines don’t need as much water since they have better-established root systems. Dry years can be a challenge for the growers, but they often produce the best quality grapes and wines.

What impact has Covid had on your business in the past few months?

The last 18 months have been a challenge for us just like everyone else, but we have been lucky compared to producers in many other countries. There was a huge shift to grocery & mail orders in the US, and we were able to pivot to sell wine through those outlets. Last year outside Utah we were selling the majority of our wine in the on-trade. We did have off-premise customers and their sales went through the roof, and we were able to add some new accounts.

Covid made it difficult to do some of the things we needed to do to expand. Normally I would fly around the country and visit accounts to try the wine. I would also set up at wine events around the country. These were all cancelled of course and are just now starting to come back a bit.

Sales were down last year, but have bounced back and we have just had our best sales year ever.

Do you export or have any plans to do so?

We have a commitment from the Ontario Liquor Control Board to bring in our Cabernet Sauvignon & Chardonnay this holiday season. We are very excited about that and are working to expand our exports. Finding an importer in the UK is a huge goal for us. It’s our biggest target because it’s such a great market and my terrible French skills won’t be a deterrent like they would be in some other countries!

What is your best selling wine?

The Cabernet Sauvignon is the best seller. Usually, the Moscato is close to it in sales until it starts to cool down & then Cabernet takes over.

How do you distribute your wines?

The laws & regulations in the U.S. would sound absurd to European wine consumers. I recently consulted on a project in Ibiza & it really underscored how much easier it is to get wine from Germany to Spain than it is to get wine from California to Arizona. In some states like Pennsylvania & Utah, we sell directly to the state & they sell it from state-owned stores. In most states, we sell to a distributor and then work with them to get the wines to market. There are states where we have customers who want to buy the wine from us, but since we don’t have a distributor in those states, we can’t sell to them. We can ship wine to individuals in most, but not all states, but can’t generally ship direct to a restaurant or retail account.

The Twisted Cedar brand is tribally owned - are there any other American Indian tribes that also produce wine commercially?

There are a few other Tribally-owned wine producers but most are relatively small & don’t sell outside the state of production. We are trying to become the first truly national Tribally-owned brand.

Is there any history of American Indians making wine?

There isn’t a long history of wine production by Native Tribes. There were certainly alcohol producers, but not much evidence for wine. This is really something that has started in the last 20 years or so and is still pretty small.

Do you use that heritage in your marketing and branding?

Absolutely. There are so many good wine brands out there that it is difficult to stand out from the crowd. 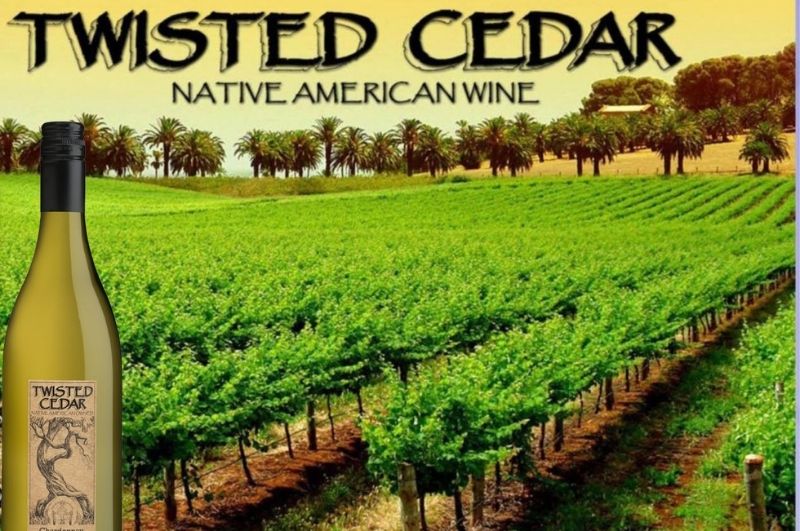 "The Tribal ownership & the fact that the money goes back to the Tribe to help pay for family counselling & children’s afternoon activities helps us stand out." - Phillip Anderson

The most important thing though is the quality of the wine for the price. Our story might get us onto the shelf, but the quality & value have to be there or it won’t continue to sell.

Can you share any future plans for the business?

We want to expand into additional states and hopefully to the U.K. Once we feel like we are well enough established, we will probably expand our portfolio. We initially produced a Sangiovese rosé that I really liked but it didn’t sell well enough though. That was probably because we introduced it at the same time that everyone suddenly decided that they wanted light pink Provence style rosé & our was darker & more savoury. We will look at a new rosé at some point, though it won’t be next year. Ultimately we want to become the first Native-owned wine brand to be established as a national brand.