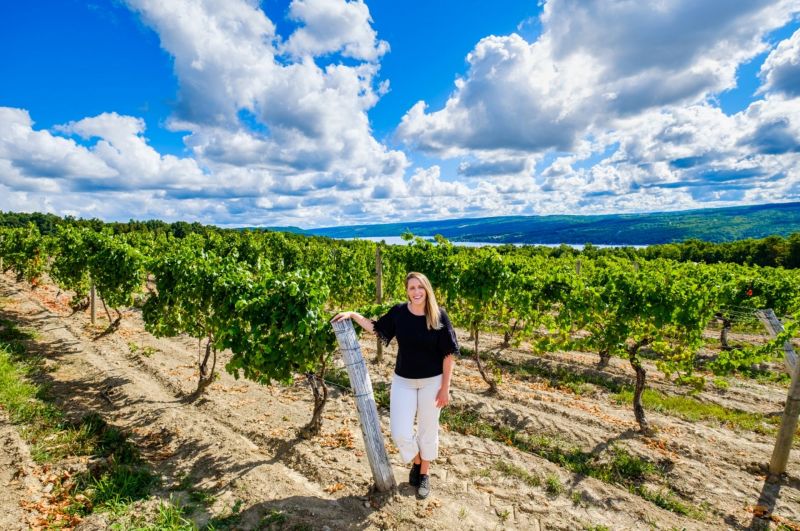 With the renowned Dr. Konstantin Frank winery set to celebrate the 60th anniversary of its first vintage next year, we speak to the eponymous founder’s great-granddaughter, Meaghan Frank, about the challenges of gaining greater recognition for New York wines in the UK market. The winery is one of the biggest and most influential in the Finger Lakes wine-growing region in New York State, and vice president Meaghan Frank is part of the fourth generation of the family-run business. Helen Arnold reports. 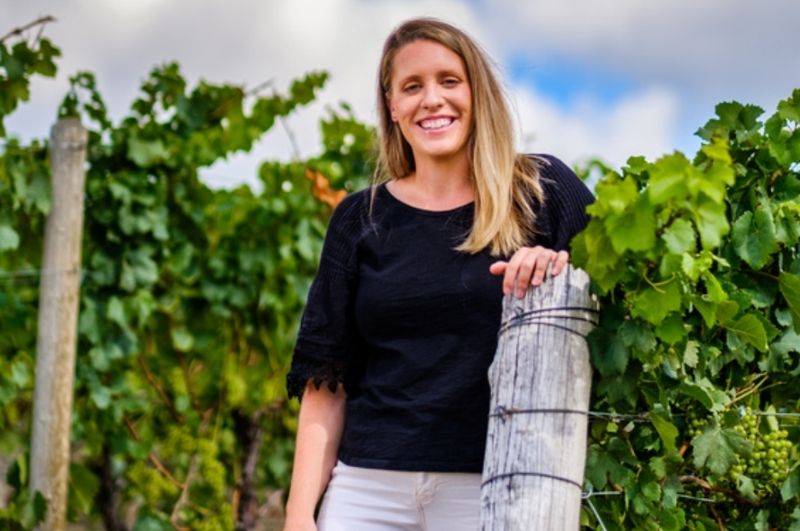 Meaghan Frank joined the company, established by her great-grandfather, the eponymous Dr. Konstantin Frank, in 2013 after studying oenology at university.

When Dr. Frank planted the first vinifera vines in the eastern US back in 1958, little did he know he would be responsible for kicking off the whole Vinifera revolution that would change the course of winemaking in the state.

Applying the viticultural knowledge gained in his native Ukraine, Konstantin soon gained a reputation for the quality of his Rieslings, and with the first vintage in 1962, many of these original vines are still in production today and are now some of the oldest in the US.

The US, as the world’s biggest wine consumer, remains Dr. Konstantin’s key market, with much of its production being sold in the northeast of the US where the Finger Lakes region is situated. Working with 40 different distributors in various markets domestically, this is the source of most of the company’s wholesale volume. However, despite the undeniable strength and future potential of the US domestic market, Frank says exports are also vital to the future sustainability of the company. “We export our wines to various markets outside of America, not because we must but because we know this is an investment in our future and will help to build our brand,” she explains.

Only around 3% of the company’s production is currently shipped overseas, though that proportion is slowly growing, as the volumes exported to existing markets increase, and new markets such as Sweden and Taiwan are added to the company’s burgeoning list of foreign destinations.

Dr. Konstantin has been exporting to the UK since the 1990s, with the wines, including the dry Riesling, Gewürztraminer, and Cabernet Franc being distributed by Matthew Clark. The focus, she says, has been on building interest within the on-trade, adding she has been impressed by the interest in the wines from sommeliers.

“The UK market is one of the most, if not the most, competitive wine markets in the world,” says Frank. “It is a real feather in our cap to have our wines available there. Some of the most famous wine writers in the world reside in the UK. If they happen to include our wines in a piece they are writing, that influence spreads far and beyond the UK and will help strengthen our winery for the future.”

However, the UK, while a desirable market to crack, also comes with its own set of particular challenges. “The UK is very competitive, and the price is important,” she continues. “That is a blessing for us in the Finger Lakes because our wines are competitively priced. The challenge is the cost of getting the wines there and how that adds to the price per bottle. 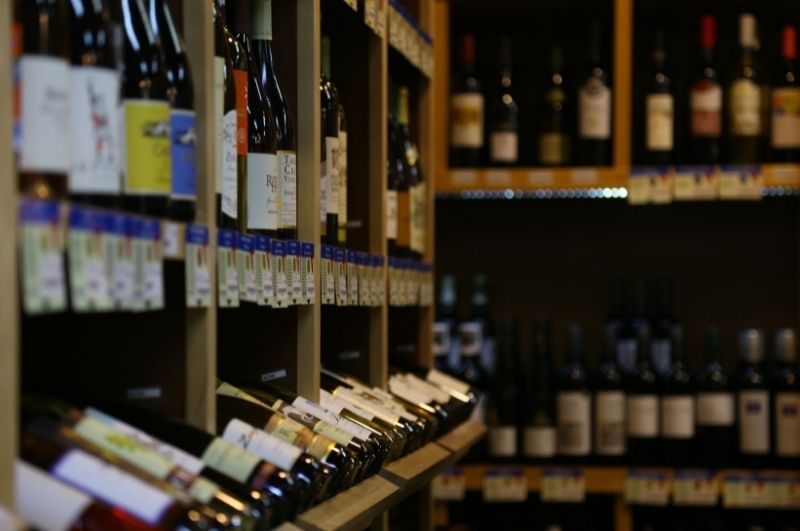 “When our Rieslings are put on a shelf with top estates from Germany, Austria, and Alsace and our wines are the same prices or higher, that is challenging because the Finger Lakes does not yet have good name recognition in the UK, for the most part.” - Meaghan Frank

This low awareness of New York wines amongst UK consumers is a hurdle, though some wine drinkers are more enlightened, says Frank. “If a consumer has read extensively about American wines, they should have come across Finger Lakes Riesling as a category,” she says. “For much of the population, however, I would say that New York wines are largely unknown.”

Dr. Konstantin not only exports to the UK, but also to Japan – its biggest overseas market – as well as to Aruba, Bermuda, Canada, Dominican Republic, New Zealand, and Singapore.

Frank believes that part of the appeal of New York state wines is down to the sheer amount of innovation happening in the region. “There is a large amount of experimentation and exciting developments in NY wine,” she confirms. “My great-grandfather was a researcher and scientist. He planted over 60 different vinifera varieties on our property. His research helped build the backbone of what varieties would stand out in the Finger Lakes region with the main variety being Riesling.

The region’s climate, too, is an asset rather than a liability, says Frank, enabling wines to be produced that show a true sense of place. “The Finger Lakes is a true cool-climate region, our wines have a defined acidity and moderate alcohol levels.” She adds that the glacial soils also add finesse to the aromatic wines, while the steep slopes and moderating effect from the deep lakes allow the vines to thrive.

Pricing, adds Frank, is also a key factor and, she claims, can help break down barriers that consumers may have regarding the lack of recognition of the region as a wine-producing state. With the wines priced around the £16 to £20 mark, it allows for many opportunities to sell by the glass.

As for the future, Frank says that 2021 was a cooler year than 2020, with more rain, and the hand harvest vintage is set to commence at the end of September. “The next few weeks being dry will be critical to this vintage, but we are hopeful that this will be a great year!”

Meanwhile Frank says she is looking forward to 2022 and celebrating the 60th anniversary of her great-grandfather’s first vintage. “We will be releasing new wines to celebrate this exciting year. Additionally, we are expanding our vineyard acreage with new plantings of Chardonnay, Pinot Noir, Cabernet Franc, and Rkatsiteli on our Keuka and Seneca estates. We continue to invest in our winery and vineyards with new technologies and equipment. We just finished a cellar expansion in 2020 and are planning a new welcome center for 2022 to be able to accommodate more guests visiting the winery.”