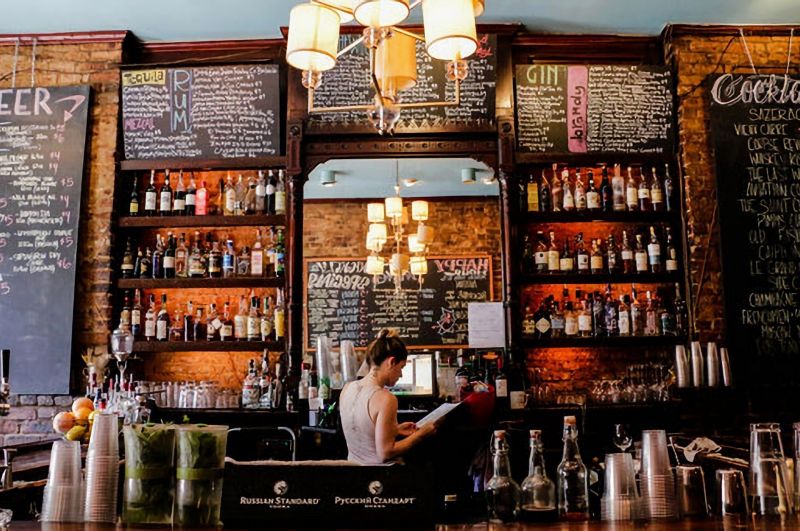 If a professional in the wine and spirits trade has to take a shot every time they have to combat a problem due to the disrupted supply chain, they will be in for quite the night. Enough is spoken about broken supply chains affecting the world. From a pin to a plane, every product (or the products that help make these products) are stuck somewhere. Sometimes all we think about is…the impact of the same on bars and restaurants!

Over 40% of the hard liquor in the United States is imported from around the world. Ocean freight rates are at a record high this season and only 35% of the deliveries are making it to the designated ports with infinite delay. Goods worth $24 billion are sitting outside Californian ports and this includes both raw and finished products concerned with the wine and spirit trade. The traditional supply chains officially stand broken. Production and distribution have been widely affected around the world. Even in the United States, large as well as craft distilleries have been struggling to gather raw material, packaging bottles, and even the regular demands in the markets. Somewhere there is wine but no bottle and somewhere there are bottles but not enough cartons and containers to pack them in. Even air shipping is currently compromised and many drivers have moved on to other jobs, leading to a shortage of manpower in road shipping.

As all of these problems loom over the trade, many drinks have begun disappearing from bar menus. Mark Schettler, the bar manager at Bar Tonique in New Orleans, in conversation with Liquor.com shares how he struggled to procure Green Chartreuse. He tried stocking up 375-milliliter bottles but eventually had to take off all the Chartreuse drinks from the menu. It is not just about a spirit but also glasses and garnishes. “Grapefruit has been gone from wholesalers, which is affecting our pour costs because we’re buying from the grocery store,” adds Schettler. 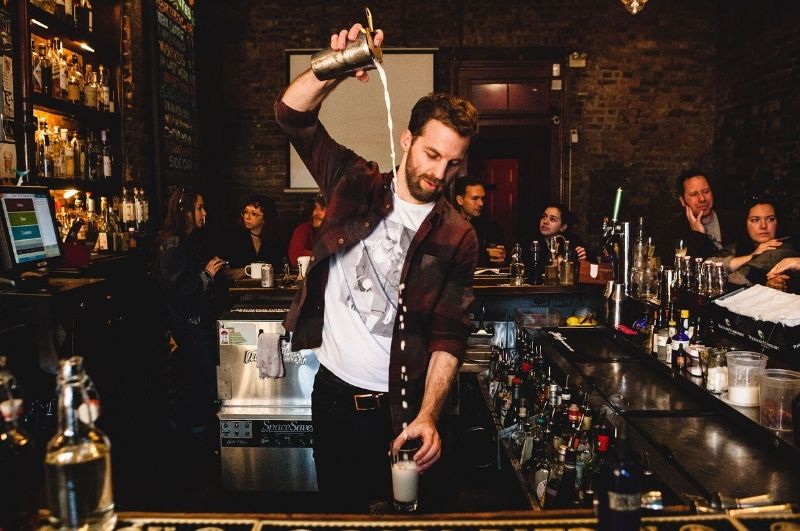 Mark Schettler in action at the Bar Tonique. Source: Punch

This was clearly something that the industry did not anticipate. It was not an afterthought to stock up on a lot of barrels or glasses, or hire people to manage double the volume of spirits. If spirits were ready at distillers and blenders, there were just not enough containers to ship them to the United States. If the ships somehow arrived, there were just not enough people to unload them.

In the light of such struggles, what is it that bars and restaurants are resorting to? It is all survival of the fittest. Adapting to the situation at hand is the only solution for these establishments. While the larger problem at hand looks morose, a silver lining to this dark cloud is the resilience of bars and restaurants in providing the best drinking experiences despite all hardships.

Improvise, Adapt, Overcome has been the mission for all. Bartenders across the US are replacing beverages and garnishes, switching service glasses, and trying to retain the essence while making do with what is at hand.

As establishments focus on keeping their menu fresh, the availability of products involved has taken priority over creativity. It is truly a question that how long can the menu be sustained without having to find replacements all over again. Many bar managers have had to sprint to local liquor stores or supermarkets to find the ingredients because of a fulfillment delay from their suppliers. If they manage to procure something remotely close, they are involving the replacement with certain tweaks to the profile. If not, then the cocktail is changed completely or taken off the menu until the ingredients are back in stock. This has a massive impact on pricing.

A lot of bartending knowledge and the understanding of spirits is rooted in the region certain wines and spirits emerge from. But the inaccessibility of the region due to the disrupted supply chain is having bartenders pivot away from traditional knowledge and methodology to experimenting with other regions and spirits to balance and continue making drinks.

In a way, these replacements have allowed bars and bartenders to look beyond their usual big names and experiment with newer spirit profiles. They are working on building a wider inventory not just by brand but by flavor and profile metrics. Smaller brands and distilleries are therefore receiving better exposure. Many restaurants and bars do not promise brands anymore. So the craft of making cocktails is gaining more importance than the brands that certain cocktails are made with.

While the supply chain remains disrupted, one can only try and keep going. The resilience of teams at bars and restaurants and their experiments with newer brands and spirits are possibly the only things keeping the trade going. That, for now, seems to be just enough to hold on to!